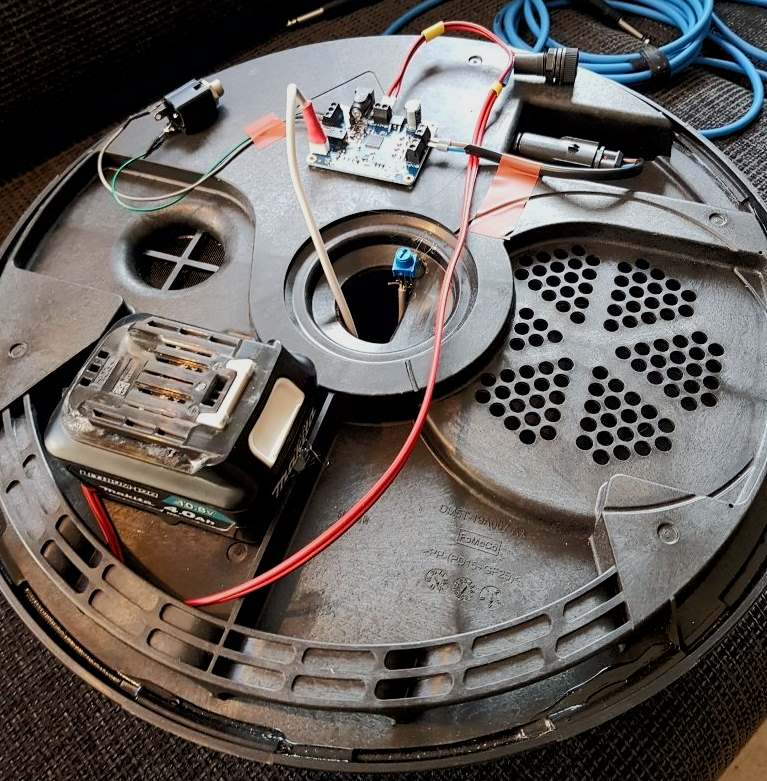 The CarSubAmp was my first prototype for a really portable Bass Combo (Speaker cabinet + amplifier) that doesn’t even need a wall socket.

During Covid19 Pandemic, I enjoyed playing and excercising Bass outside in the Parks or on my balcony. Which is not a problem when wearing headphones and carrying a small preamp. But, there were occasions when I wanted to play along with, say, an Acoustic Guitar, or somebody would bring a Synth-App along with a MIDI Keyboard - and I was forced to use a small bluetooth speaker that neither had the output power nor the real-time feel.

My Bass amp is far from mobile. Weight: 18kg, size: huge, plus: It’s useless without a wall socket nearby.

After some thinking, I came up with the idea of using a cordless multi tool’s Li-Ion battery that would be able to handle current surges easily, have a low weight, feature a battery level indicator and the typical protection circuits to avoid overload, short circuit, over temperature, exhaustive discharge etc. I wanted a Class-D power amplifier matched to the voltage range of this battery to be as energy efficient and as lightweight as possible.

To check if the concept was viable, I took a used OEM car subwoofer assembly that normally goes into the spare wheel well, bought a 20W amplifier developer board and after soldering some components, adding a fuse and an 6.3mm input jack, my first prototype was ready to try. 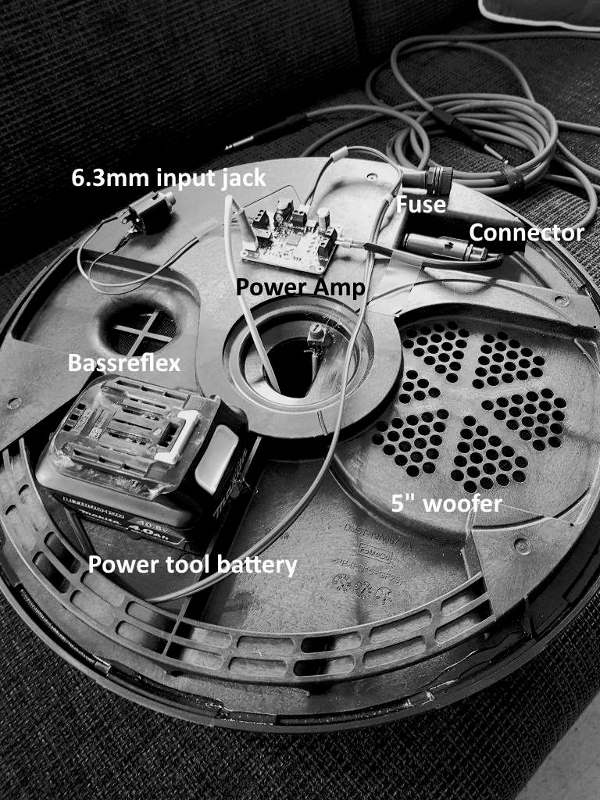 Altough this design had clear disadvantages, I actually enjoyed it a lot because for the first time, I could literally play anywhere and anytime I wanted. I even caught myself on the couch with this little amp although the “real” Amp was just one room away.

After some months carrying this thing around, 3 re-solderings of broken connections and glueing the battery back into place again and again, I decided not to stop with this prototype.