Action! Using a relay based inrush current limiter. Details below

A so-called inrush current is the surge current that flows through a circuit directly after start-up until the circuit has reached its steady state. High inrush currents are often unwanted because they can overload circuit parts reducing their lifetime, create electromagnetic interferences, and cause a short-term voltage drop that may lead to running resets of a controlled device like described here or to other undesired behaviour.

Incandescent light bulb: The pink line is the power supply’s output voltage, the yellow line traces current. You can see that the power supply decreases output voltage to reduce current draw during startup. After ~100ms, the voltage stabilizes as current flow through the lamp still reduces a bit while the filament slowly reaches steady state temperature.

The bulb’s filament acts like a positive temerature coefficient (PTC) resistor: It has a very low resistance at room temperature and a much higher resistance at its normal operating temperature of ~3300K. A small experiment proves this: If I take a 116W halogen incandescent light bulb, its resistance in “steady state” at 230V is around \(R_{steady} = \frac{U^2}{P} = 456{Ohm}\). When I take its resistance using a multimeter in the switched-off state, I measure \(R_{off} = 38.6{Ohm}\). While this lamp normally consumes \(I_{steady} = 0.5A\) of current, at the moment I switch it on, it will draw about \(I_{inrush} = 6A\) which is 12 times as much! 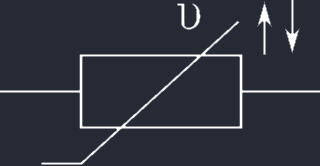 A negative temperature coefficient thermistor inrush current limiter is the simplest circuit in this comparison. It consists of only one additional part. The NTC’s resistance vs. temperature behavior is opposite to the one of the above incandescent light bulb example: its resistance reduces with increasing temperature, allowing more current to flow through a circuit. 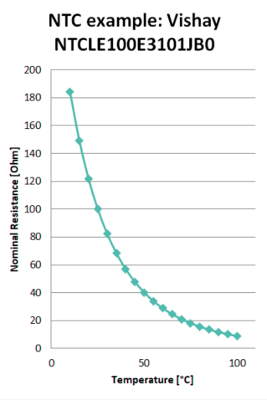 It is placed in series connection with the load. Most NTC’s resistance vs temperature behavior is logarithmic, so its resistance is by far lower at high temperatures. This way, it very effectively reduces inrush currents at the cost of additional power dissipation as the NTC will continue self-heating, keeping its low resistance. This kind of circuit is used where the additional power dissipation is not an issue, and where system complexity shall be kept low while cost efficiency is at its best.

This circuit avoids the disadvantages of additional series resistance to a load by adding a power resistor and a relay. It is typically used in high-power DC supplies or sensitive devices like amplifiers. The relay contact is normally open and wired in parallel to the power resistor which has a value of typically 1...22Ohm depending on the load. Behind this, the load is connected which causes the inrush current to occur. For this example, I take a car’s light bulb as load. When switching the device on, the resistor will limit circuit current and voltage on the load side will gradually increase. Once the voltage at the NPN BC337 transistor’s base is high enough, it will switch on, allowing current to flow through the relay coil which then short-circuits the power resistor so that the load can unleash its full power potential. 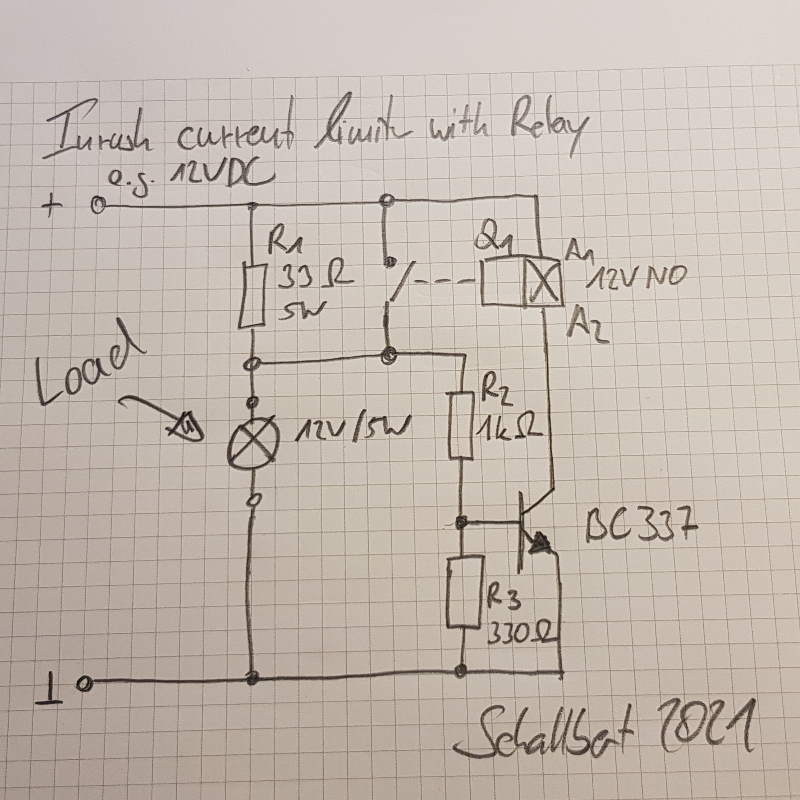 Calculation of R2, R3 depends on the steady state voltage you get behind R1 when relay coil is off, the characteristics of the transistor you choose, and the current the relay needs to work properly. In the example I choseR2 = 1kOhm as I need the transistor to safely drive ~40mA to the relay, so I couldn’t select any higher value having BC337’s current amplification value in mind. But I didn’t want to have it switched on early, so I added R3. The higher its value, the earlier the relay will activate, but choosing its value too low will reduce BC337’s base voltage so much that it cannot even switch.

A similar circuit is used in this application note for a toroidal transformer soft start.

Here’s how the circuit looks like in real life: 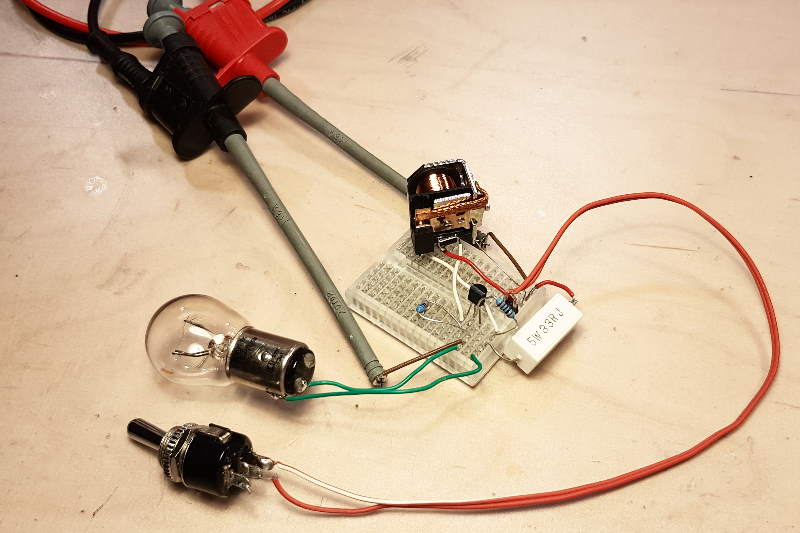 I’ve taken the liberty to add a switch so controlling circuit power supply would become more comfortable to me. The relay features a freewheeling diode to protect the transistor from negative voltage spikes.

The inrush current issue is actually solved. The comparison (yellow line) shows an unregulated inrush current of 3.5A, while the limiter reduces it to 0.8A which is just slightly above nominal current. A power resistor with smaller value would have reduced this even more.

The green line indicates BC337’s base voltage. You can see that it slowly increases (Oscilloscope accuracy at 40VPP is not the best), and will turn on the relay when current flow (yellow line) has stabilized.

There are dedicated ICs that help soft-starting a system, depending on

In addition, there are different types of inrush current limiters to be selected based on your application:

Thus, a fitting IC is to be selected. They may be called Power Supervisors, IC soft starter, Supervisor & Reset IC or similar. They may even have internal switching power MOSFETs and use minimal peripheral circuitry. I’ve been working with MAX17562 for my evolution of AnywhereAmps.

Can I use a Metabo/CAS battery for my system?

Configure MAX1756x for your application

Or how to kill your circuits

How to properly talk to VideoLan’s VLC player

How To: First steps with FreeCAD

How to create better PCB designs

Export the instructions from Markdown to PDF! but how?

Why some images display OK locally but won’t on Github

This site: Table of Contents

How to make ToC sticky

How to solve issues with disappearing posts